I was talking with the engineer I am working with, Todd, and he was telling me about his portable saw mill. I mentioned to Todd that I had an anvil that needed a tree stump for a base. Todd immediately asked if I did blacksmithing to which I replied, “I would like to do more but have not collected all the necessary tools but I’m working on it” (hammers are not a problem…I have 25). Turned out Todd has been looking for an anvil so I shared with him what I learned during my search for an anvil and sent him some links. This is one of those rare situations in life where a new item is less expensive than an used one. Anvils are very popular with collectors and can cost thousands of dollars. In the end Todd offered to make a base for my anvil which he delivered to my driveway four days later (he spent the weekend making two anvil based from a log on his property). While visiting the Redneck Garage, Todd was able to look at my anvil and said he just needed to decided between a 70 lb or 155 lb anvil (pictured is a the Cliff Carroll 70 lb). And what would be a gear-head happiness post without pictures. The base is one solid piece of pine and weighs just over 200 pounds. 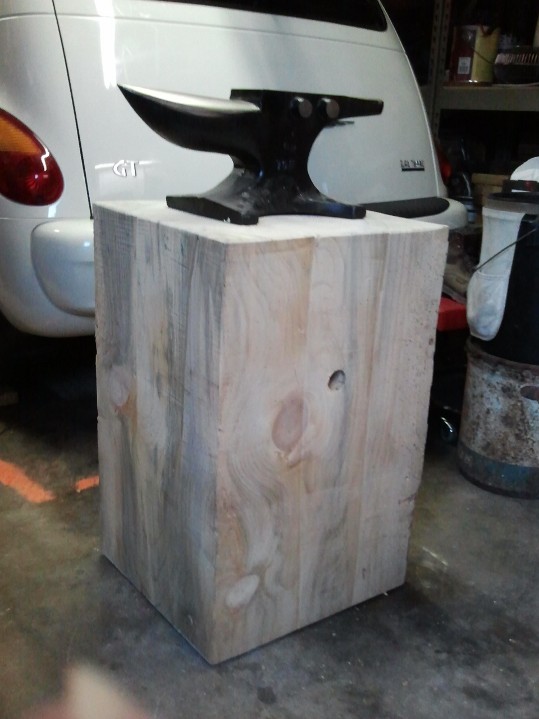 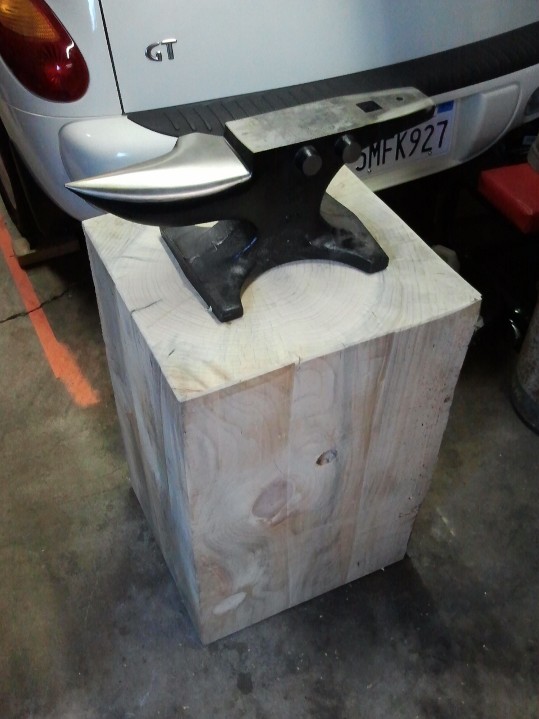