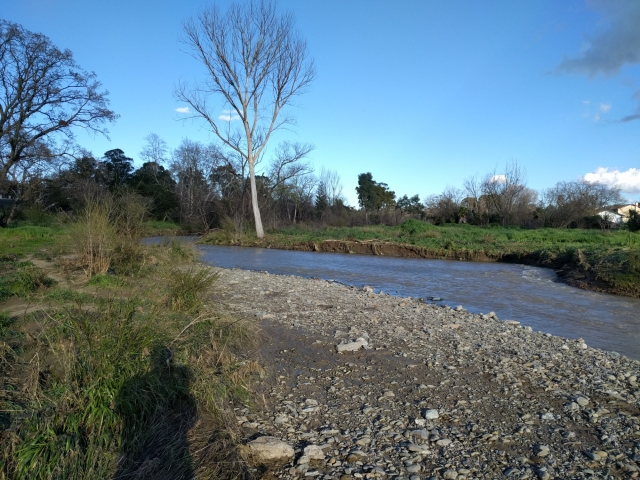 Today me and the dogs ventured out along the Arroyo Mocho Trail now that the flash flood danger has passed. In the images above I ended up very close to where both were taken about one months apart. The lower image was taken today and it shows how much rock, gravel, sand, and dirt has been moved by the water. 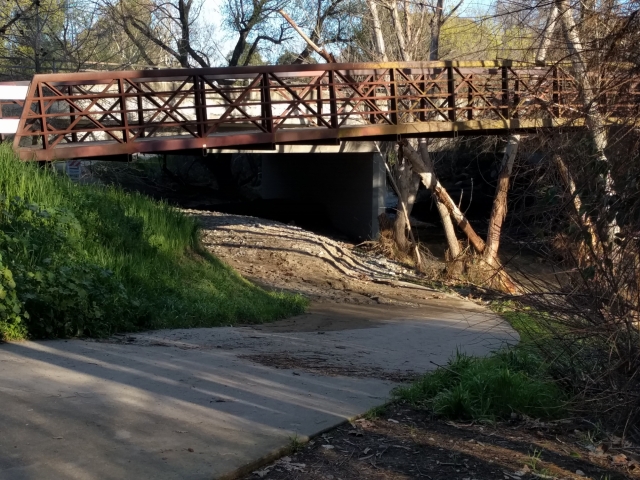 The bicycle and waking path under the Arroyo Road bridge has about four feet of debris covering the concrete and the channel is much deeper. 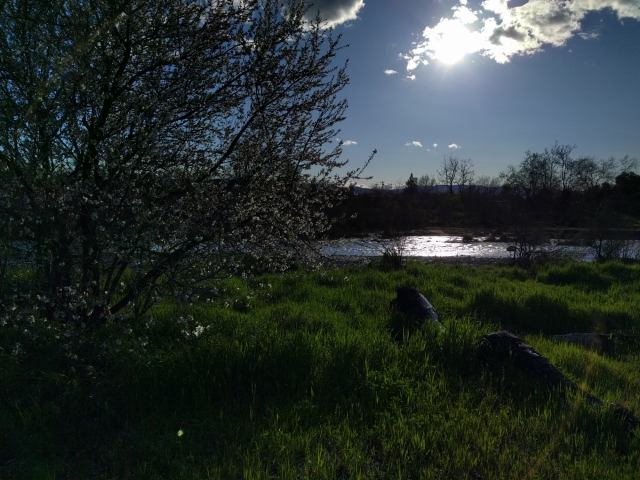 The Arroyo Mocho originates about 20 miles south of the Arroyo Road Bridge at a place called Smith Gulch. It runs the length of Mines Road before cutting through the vineyards to run west where it eventually joins with the Alameda Creek which passes through Niles Canyon. For the Charlie Chaplin fans out there, many of his films were made in Niles Canyon and the township of Niles. 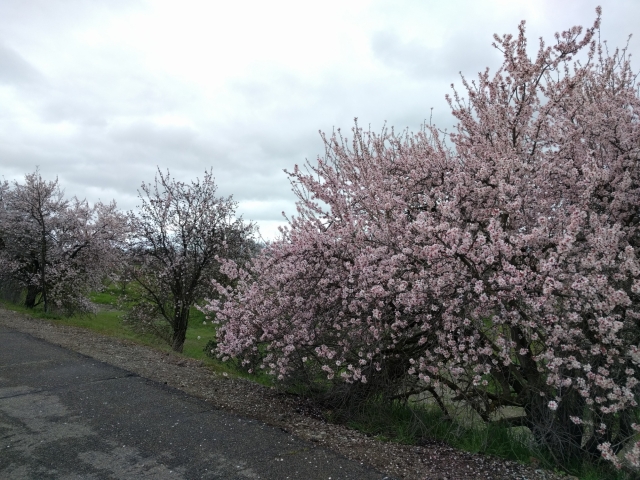 Just last Saturday the trees were covered in blossoms. The storm that moved through on Sunday, Monday, and Tuesday knocked off most of the flowers. 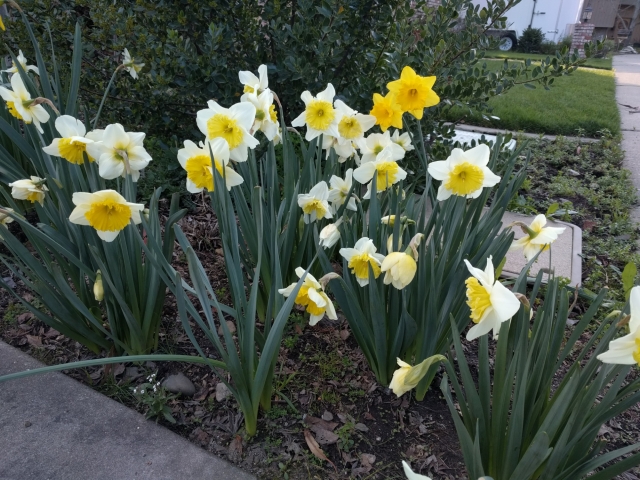 The Daffodils in one of the yards we passed are quite happy with all of the rain.

One thought on “Changes To Arroyo Mocho”