My morning started out with a three hour hike at Sycamore Grove Park. My friend Keith and I, along with Maggie, started at the Wetmore staging area and hiked along the Winery Loop Trail. We then turned onto the Wagon Trail loop and stopped at Cattail pond to give Maggie some water. The air was the clearest it has been for quite a while so as we approached the Valley View trail we decided to endure the steep climb to enjoy the view of the valley.

The wind was light and the cool morning air was a much welcomed relief from the hot summer we experienced this year. 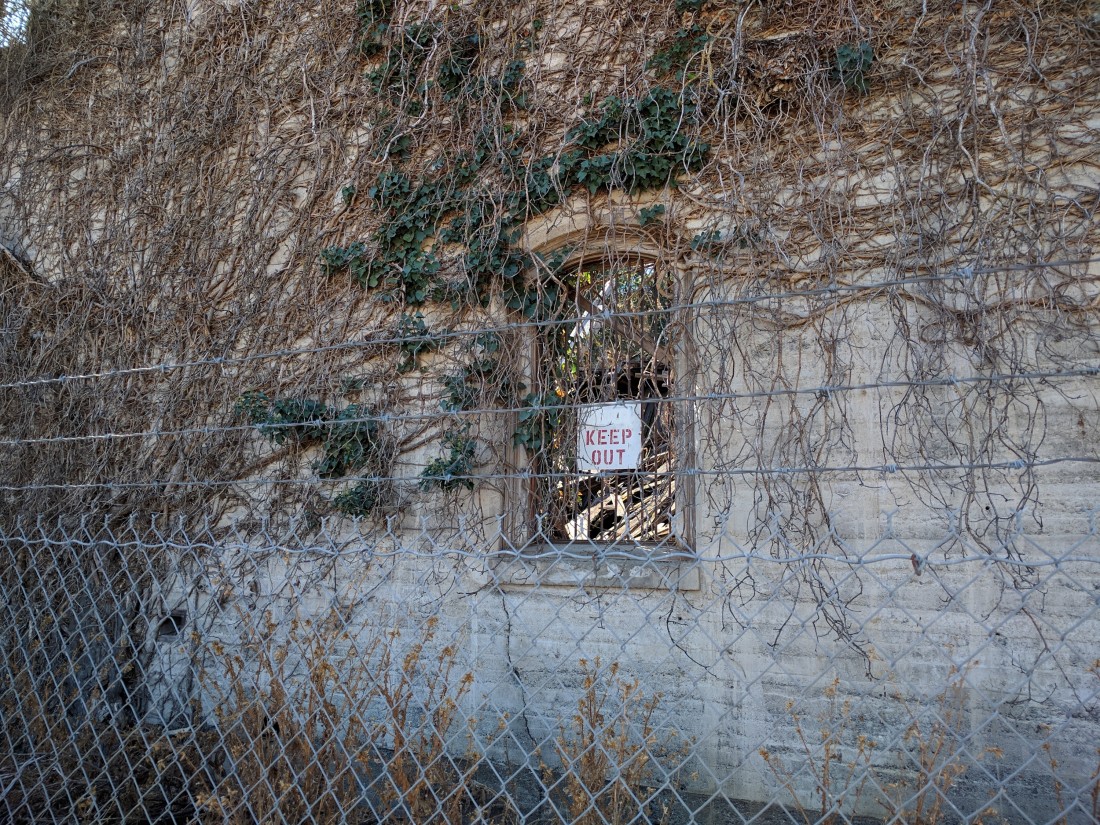 After Valley View we rejoined the Winery Loop trail and continued east past the site of the old Olivina Winery. The old Ivy vines were showing that they are still alive even though they appeared dead the past several summers. We turned back at the old Almond orchard and hiked back to Wetmore. Maggie was tuckered out and she was glad to lay down for a nap while Keith and I walk to downtown to grab lunch at Mario’s French Dip. Then I was off to pick up Lisa at the airport.

San Francisco International Airport is one of those places that challenges my patience due to the confluence of harried drivers, pedestrians, buses, taxis, and merging of traffic. On this trip I was determined to not allow the craziness of SFO to alter my relaxed state of mind after my morning hike. On my last lap of the arriving passenger loop, I was able to capture this image in a quiet section of the road (I had three previous laps to know where it was safe) which is not what it looked like on the departing passenger loop directly above. The merge between the two lines of traffic as they crossed over created a lot of impatient people. Thankfully I was able to remain relaxed and observe the chaos without being drawn in. Being mindful of ones environment and emotions can counter the emotions of a stressful situation.