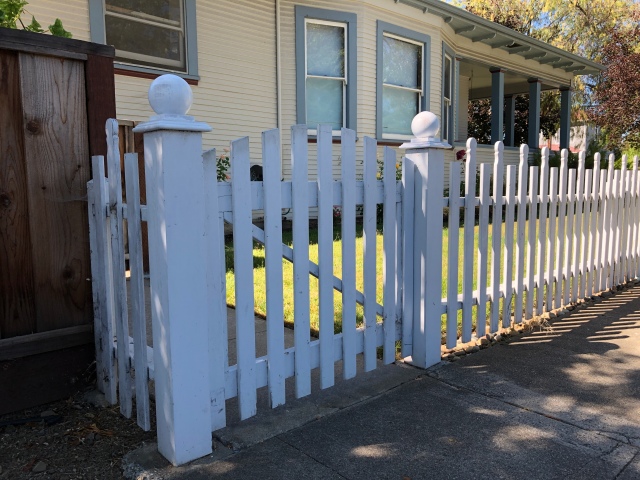 The old finials on the picket fence have been weathered and started falling apart this past winter. As is typical of my old house projects, finding what I need at one supplier is usually not possible. 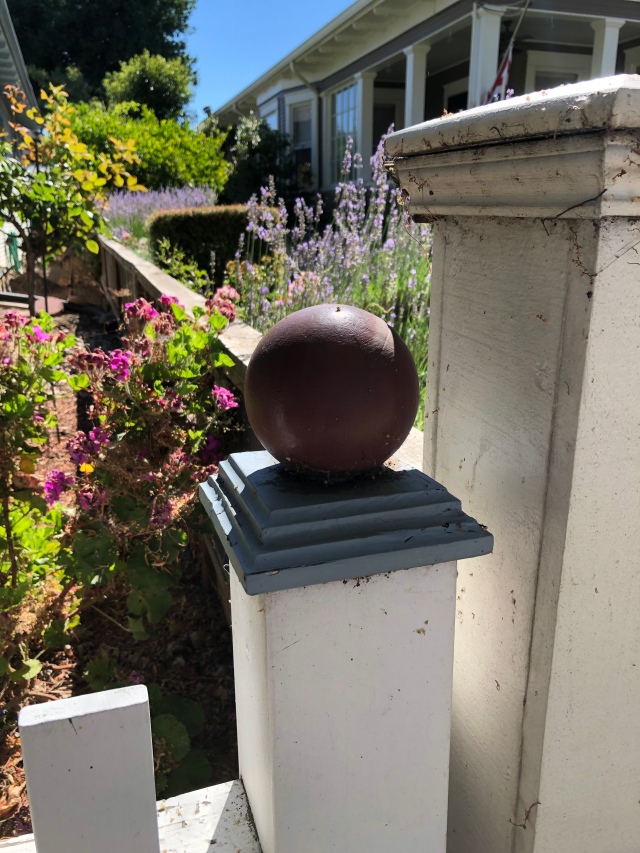 This project has been a slow process of putting together the pieces and the applying the same primer as I used on my porch repair project.. 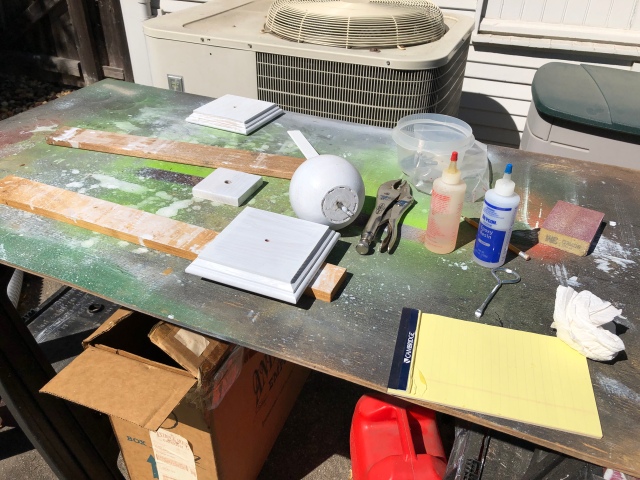 The post caps came from a company in Maine but were made in China of Redwood. The balls were sourced from a supplier in Georgia and made of Red Cedar. Everything else I used came from the garage.

This picket fence was originally built by my dad and me but working separately in our respective garages. The one day we worked together, my dad received a lecture from mom beforehand about getting along. 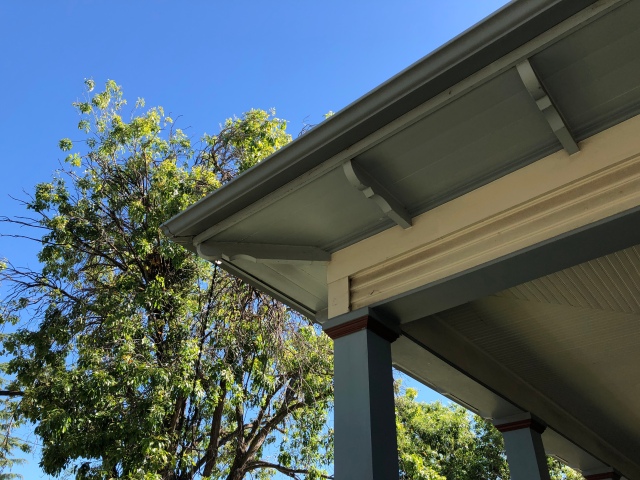 The design of my picket fence was taken from the rafter tails on the eve of the house. The white picket fence dates to the colonial era. In the late 1940’s it became a symbol of the American Dream for the middle class. While researching the construction of picket fences, I spent time looking at old fences and found that they were like a business card for a carpenter. If it was built well, it would show the skills of the Carpenter and last a long time. But as with anything outside, maintenance and repair is an ongoing process.

Once the glue sets, I will caulk the joints to keep water from seaping in and causing dry rot. 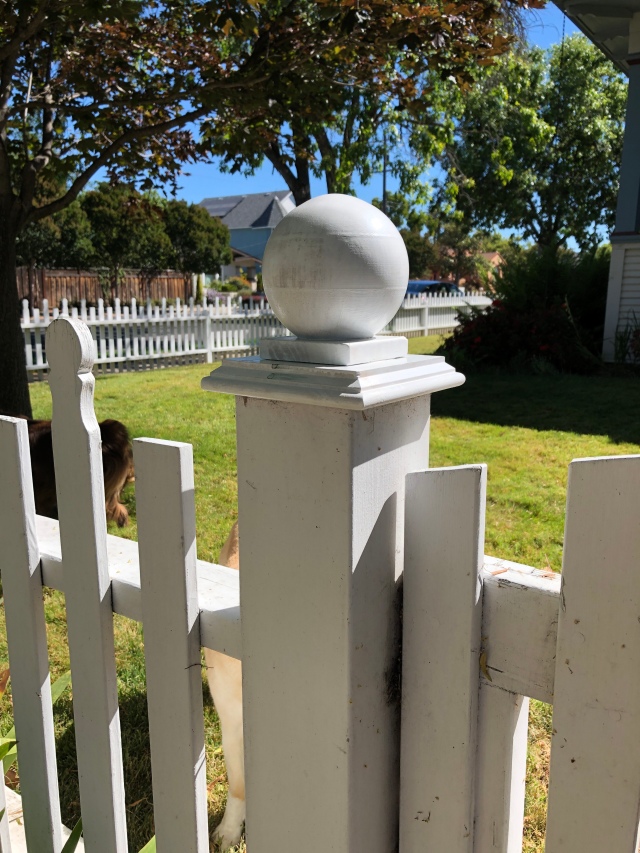 The last step will be to paint the finial for the extra detail and protection. 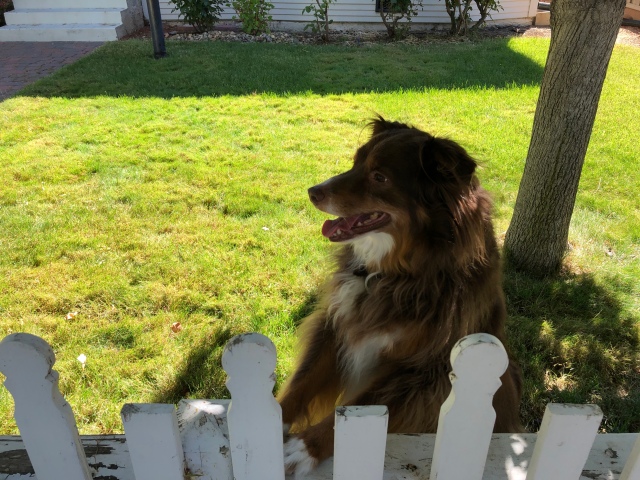 As with all my projects, Maggie and Sally are near by enjoy their yard and barking at whoever walks by.

After several more evenings of painting the finials, I see that the rest of the fence needs a fresh coat of paint too. But next on the list will be replacing three posts… 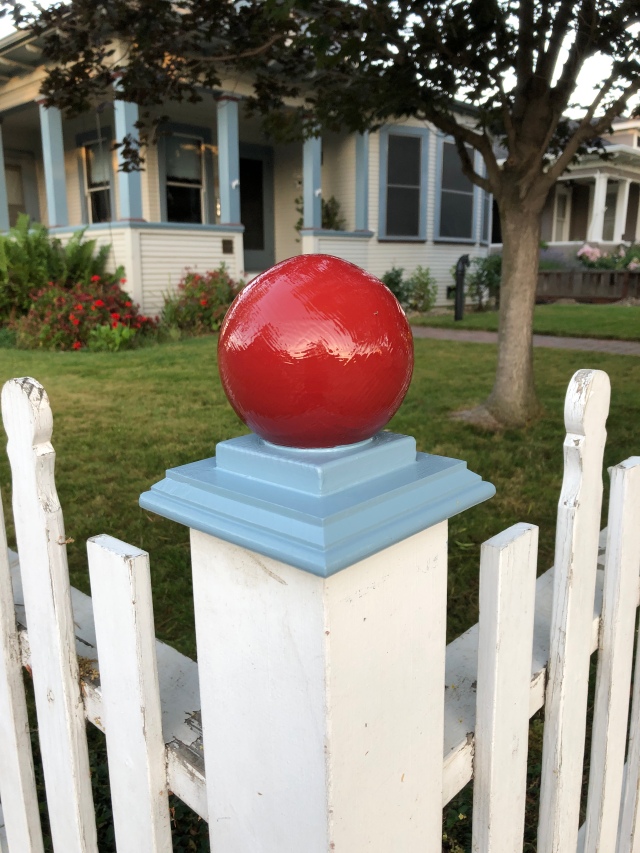